In the Roaring Twenties, young Ava is very unlucky in love. Using the power of seduction, she learns many difficult lessons that ultimately inspire resilience and strength.

“Ava, a young woman in the Roaring Twenties, seeks happiness, but ends up becoming a prisoner in a biased society.  Follow her turbulent journey.”

“The story gets more attention-grabbing with the twists and turns in the main characters’ lives. The reader gets to experience a series of varied sentiments- especially during emotional scenes….Janet Perroni is a remarkable author. The plot was exceptional and fascinating too, resulting in a STAR  review.”

“Ava’s story is rich with historical detail and captures a woman’s choices through limited opportunities imposed on her by tradition and religion. Ava’s beauty and sexual allure are the guiding forces of her life and lead her to extremes of great sorrow and dazzling ecstasy.  Perroni presents these highs and lows in lush, extravagant sexual detail, exploring themes of pleasure and power.” 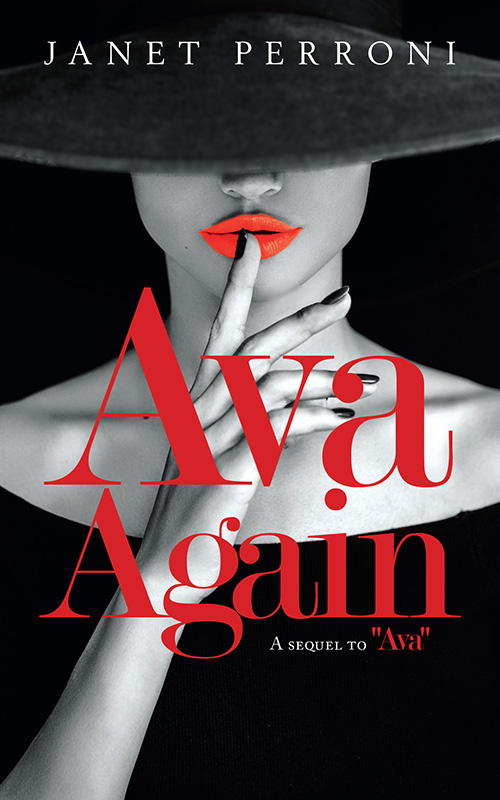 A sequel to the Eric Hoffer Award winning novel of “Ava“, the beautiful daughter of an Irish immigrant who becomes pregnant during a short-term flirtatious encounter with a WWI sailor. She struggles to survive in a biased society who frowns upon unwed mothers. Later a love affair with a married man results in another pregnancy. Ava learns life’s difficult lessons the hard way in a realistic setting of early twentieth century in Boston, Massachusetts. Her alcoholic father intervenes to make her ‘respectable” by arranging for her to marry an older Englishman in need of immigrant paperwork to stay in America. Little does anyone know but he has left a wife and children behind.

“Ava Again” continues the struggles she encounters and endures. This fast paced novel carries you on and on into its pages and plots as it examines interpersonal relationships with emotional past in an obscure labyrinth. Although Ava’s path is twisted and rife with despair, she finds the strength to stand on her own! A true love story of youthful mistakes with their resulting consequences.

A tale of forgiveness with reconciliation to love and self-esteem depicting two soul mates that destiny divided but fate reunited!